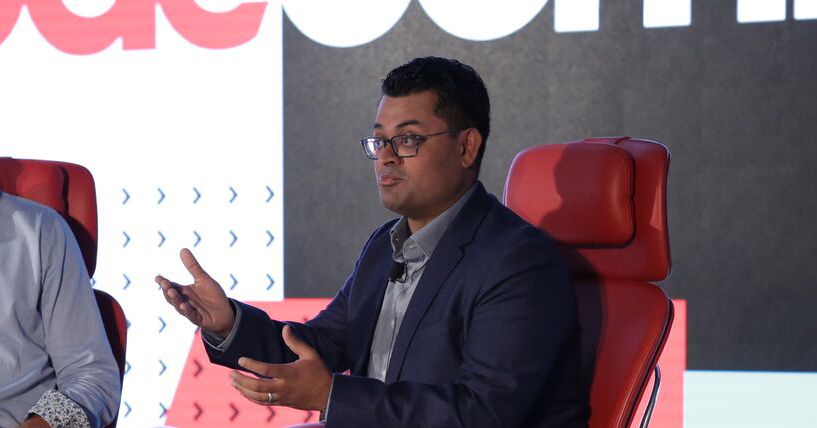 Instagram has filled one of its most important executive vacancies in an effort to piece together a leadership team that was largely dismantled throughout 2018.

Vishal Shah, a product executive who oversaw Instagram’s shopping efforts, ad products and its IGTV video service, has been promoted to head of product for all of Instagram, according to sources. That was the same job held by Adam Mosseri, who currently runs Instagram, until he was promoted following the departure of the company’s two co-founders this fall.

A Facebook spokesperson confirmed the promotion and sent Recode the following statement from Mosseri:

I am thrilled that Vishal Shah is Instagram’s new Head of Product. Vishal is an experienced manager with deep product knowledge who lives out Instagram’s values of people first, simplicity, and craft. He is a great addition to our leadership team and I look forward to working with him in this new role.

It’s been a quietly tumultuous year for Instagram leadership — quiet because Instagram’s executive changes have been overshadowed by its parent company Facebook, which has some kind of public crisis virtually every week.

Instagram’s heads of product and engineering left for a newly formed Facebook blockchain team in May, its COO took a promotion at Facebook in September and its co-founders, Kevin Systrom and Mike Krieger, left abruptly later that month. Mosseri, who was promoted to run all of Instagram two months ago, has been looking to fill open head of product, head of engineering and COO roles just six months after joining Instagram himself.

Shah’s promotion takes care of at least one of those openings — an important one made all the more important by Systrom’s departure. As Instagram’s co-founder and a detail-obsessed designer, Systrom was very hands-on with the app. He famously approved every single Instagram ad when the company first started selling them. Systrom’s departure led to some concern externally that the Instagram app could get messed up in the wrong hands.

Facebook can’t let that happen considering Instagram has become arguably the company’s most important product. The photo- and video-sharing app will soon account for a sizable part of Facebook’s revenue growth, and also drives users back to the main Facebook app. Plus, it keeps Facebook connected to younger people online, and has helped the company fend off a potential threat in Snapchat.

The task of continuing Instagram’s momentum will fall largely on the company’s new executive leaders, including Shah. It could be tough. Facebook is dealing with some serious morale issues following the company’s public missteps, including an increase in employees thinking about leaving. Instagram is struggling with some of the same morale and employee retention concerns, according to multiple current and former employees. Many employees were shocked and saddened when Systrom and Krieger left and feel as though Facebook has taken more control over Instagram’s operations, which has added to the morale issues.

It’s possible that promoting Shah, who has been at Instagram almost four years, instead of bringing in a new head of product from Facebook might help alleviate some of that frustration.

As part of Shah’s promotion, Ashley Yuki, a product manager who oversaw video on Instagram, including IGTV, will take over Shah’s old role. Mosseri hopes to have a new head of engineering and a new COO in place by early next year.

Here’s a video of Shah at Recode’s Code Commerce conference this past fall.

Sign up for our Recode Daily newsletter to get the top tech and business news stories delivered to your inbox.